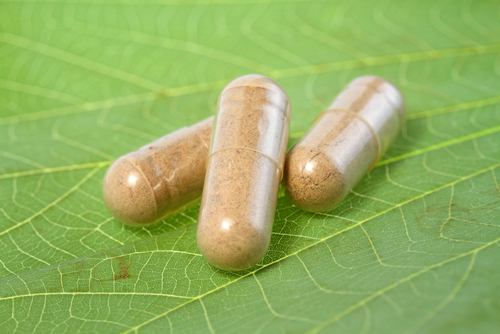 The study also showed that the cumulative rate of progression to the central nervous system (CNS) for people with or without existing CNS metastases at baseline was 9.4 percent in the Alecensa-treated group, compared to 41.4 percent of patients treated with Xalkori.

The official trial data was presented June 6 at the American Society of Clinical Oncology (ASCO) 2017 annual meeting, with simultaneous publication of the study,  “Alectinib versus Crizotinib in Untreated ALK-Positive Non–Small-Cell Lung Cancer,” in the New England Journal of Medicine.

ALEX is a randomized, multicenter, open-label Phase 3 study assessing the safety and efficacy of Alecenza versus Xalkori in 303 patients with previously untreated, advanced ALK+ NSCLC. Its participants — enrolled in 161 sites across 31 countries — were deemed ALK+ through the VENTANA ALK (D5F3) CDx Assay developed by Roche Tissue Diagnostics.

The trial’s primary endpoint was median progression-free survival (PFS) assessed by the investigator, and secondary measures were PFS assessed by an independent review committee, time to disease progression to the CNS, objective response rate (deemed as the proportion of patients who responded with a partial or complete shrinkage of their tumors) duration of response, overal survival, health related quality of life, and safety.

At the time of data cutoff, fewer than half of patients receiving Alecensa had seen their disease progressing, which prevented researchers from assessing the median time to disease progression, or median PFS. In the Xalkori arm, investigator-reported median PFS was 11.1 months.

An independent review committee reported the median PFS in the Alecensa-treated group as 25.7 months, compared to 10.4 months in the Xalkori arm. Altogether, Alecensa was seen to reduce the risk of disease worsening or death by 53 percent compared to Xalkori, and the risk of the disease spreading to the central nervous system by 84 percent.

Severe adverse events (grade 3-5) were less common in the Alecensa arm (41 percent) than in the Xalkori arm (50 percent); the most common were increased liver enzymes and anemia.

“Alecensa reduced the risk of disease progression by more than half and reduced the risk of cancer spreading to or growing in the brain, which can have devastating effects for patients,” Dr. Sandra Horning, chief medical officer and head of global product development at Genentech, said in a press release. “These results significantly improve upon the standard of care for this disease, extending the average time that people lived without their disease worsening from less than a year to more than two years. We are submitting these data to regulatory authorities around the world.”

Alecensa received accelerated approval from the U.S. Food and Drug Administration (FDA) in December 2015 to treat people with ALK+ NSCLC who have progressed while taking Xalkori, or who do not tolerate it. The ALEX study is part of Genetech’s effort to move the current accelerated approval to full FDA approval as an initial treatment.